Innovation is a manifestation of creative strategic and tactical thought. That said, the novelty of a product, service, or business, alone, is fleeting, and isn’t a hallmark of ‘disruptive innovation’.

So, what is Disruptive Innovation? 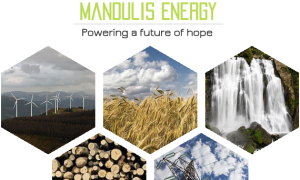 In entrepreneurship, the term disruptive innovation tends to be almost automatically attributed to software startups, and/or the impact that their innovation has in the lives of people or in the ways that businesses operate.

Typically, the “apply chappy startups” as I call them, the Ubers of this world, are instantaneously considered to be disruptive innovators. However, the Harvard Professor, Clayton Christensen, who authored “The Innovator’s Dilemma” and invented the term “disruptive innovation”, recently weighed in with the view that Uber, despite its immense successes, is not technically a “disruptor” in the classical sense of the term, because it did not “create an entirely new market”, nor did it gain its “initial foothold in a low-end market ignored in favor of more profitable customers”. Commenting on the role of innovation in the prolific international expansion of Uber, at an FT Innovate conference in London, Michael Mandel, the chief economic strategist at the Progressive Policy Institute in Washington DC, suggested that “Uber’s real innovation has been in working with governments around the world”.

Steve Jobs and Henry Ford on the other hand, are names that are undeniably synonymous with disruptive innovation. With the introduction of affordable cars for the masses, Ford permanently transformed the automobile industry. Meanwhile Jobs created new markets with innovations that significantly disrupted the music, telecoms and technology industries at large, and he is said to have won a further 141 patents since his death in 2011.

In an article published in the Harvard Business Review, ‘IT doesn’t matter’ Nicholas Carr suggested that “What makes a resource truly strategic –what gives it the capacity to be the basis for a sustained competitive advantage –is not ubiquity but scarcity. You only gain an edge over rivals by having or doing something that they can’t have or do”. Along this vein of thinking, one could argue that by providing all businesses across an industry, a single standardized way of doing things (i.e. testing candidates, training employees, revenue generation, or indeed any critical operational process etc.), the vendors of software that introduce ubiquity, to make ‘life easier’ in the short-term, also have the ultimate effect of stifling innovation and consequently diminishing differentiation within their customers’ businesses…

But Software is a Powerful Tool

More broadly, the technology industry is undoubtedly firmly at the forefront of innovation. However, its value creation strategy has notably shifted over time, from an initial focus on hardware in 1980s, to software in the 2000s, and the past decade has ushered an age, in which software is increasingly, no longer considered significant innovation in itself, but a tool to create value and impact. As we progress into an increasingly digitized world, with even more software developers, the current abundance of software that’s largely free to use, can only increase, as aptly demonstrated by the dominance of the likes of Facebook/Twitter (no pun intended), which are evidently disruptive innovators.

Based on Christensen’s definition, one example of a truly disruptive innovator in the energy access market, is Mandulis Energy, an enterprise developing software-enabled renewable energy microgrids. The company is working in partnership with French NGO, ACTED, to deliver affordable, reliable and productive rural electrification to off-grid rural farming communities in Uganda.

1.3 billion people in the world lack access to electricity, including 80% of Uganda’s population of 39 million. “We use biomass power to deliver an integrated solution to the perennial global challenges: energy security, food security, climate resilience and poverty alleviation” said Elizabeth Nyeko, Co-Founder of Mandulis Energy. The company couples its proprietary software with an innovative business model that delivers a ‘triple bottom line’ –of economic, social and environmental returns, and has the potential to transform the world’s approach to rural economic development. At COP21, Emilie Poisson, the ACTED Director for Africa, referred to the venture, as an exemplar model of “how governments, private sector and NGOs, can join forces and work effectively to deliver climate resilience and poverty alleviation”.

Launched in Northern Uganda, where a pilot project is operational, the social enterprise is currently developing an 8MW (500kW x 16 sites) prototype for the Practitioners Dialogue Climate Initiative program supported by the German government’s international development entity, GIZ GmBH, which consumes biomass supplied by 15,000 farmers. The startup has ambitions to scale across Uganda and internationally, in countries with similar fundamentals. “We go wherever rural communities lack access to electricity. As long as there are farmers to provide a sustainable and renewable source of biomass, which in our case is simply agricultural waste”, said Peter Nyeko, Co-Founder of Mandulis Energy. A study by Uganda’s Ministry of Energy, found that agricultural waste aggregated at agro-processing centers across Uganda can power 1650MW –nearly double the country’s current power generation capacity.

How social design counters misconceptions about Uganda and the Netherlands

admin - July 27, 2015 0
Nigerian billionaire Tony Elumela has challenged 40 youthful aspiring entrepreneurs not to blame lack of capital for not starting business because their brains can...

Keep Safe: Kampala on Lock Down

nakibinge - April 19, 2018 0
Almost four years ago when youth unemployment was at its peak and everyone was clamoring for a steady job, Gerald Otim decided to walk...

Of Chicken and Christmas in UGANDA

nakibinge - July 5, 2015 0
o every year a good number of chicken say goodbye Chicken for Christmas to December on that merry day called Christmas. Ugandans love to celebrate Christmas to...

admin - August 15, 2015 0
Awamo, a Germany-based micro-finance management solutions provider, has raised about $550,000 in its Series A round and is launching in Africa. The company announced this...